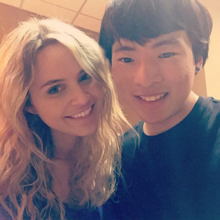 Cani (Cam/Dani) is the relationship between Degrassi Fan and Danixcalifornia. They are known for being the first two wikians to have met each other in person.

Cam and Dani first met on May 3, 2011, about a week after Dani joined the wiki. They initially bonded on talk pages over their mutual love for the soap opera, As the World Turns, to which neither of them had ever met other fans of the show before.

[insert 4 years worth of history here]

Dani came to Toronto in August 2015 for a job training experience. She arrived on August 9, 2015, literally one day after Cam arrived home from a week along trip to The Bahamas. They both said the timing was fate, and therefore, they had to meet up. Throughout the week, they communicated through texts and finally planned a day to see each other.

On August 11, 2015, Cam took the subway station from his work to meet Dani at her hotel in downtown Toronto. They met in her hotel lobby that night and talked in the lounge area for an hour and a half. Cam was then going to head back home on the subway, but Dani called him a cab, as she felt it was too dangerous to take the subway home at midnight in a busy city like Toronto.

The next day, they met up again in the evening after they had both finished work and went to Toronto's Eaton Centre to spend the night. While there, they shopped, ate, and caught a late night movie showing of Inside Out, which Dani had never seen yet. Cam's family picked them up that night and drove Dani back to her hotel. Seeing as Dani had her job evaluations coming up and Cam had work commitments that week, they knew they wouldn't be able to see each other again before she left and said goodbye that night. Dani promised to come back in the future and pre-planned to do a CN Tower tour together. She ultimately left Toronto on August 14, 2015. 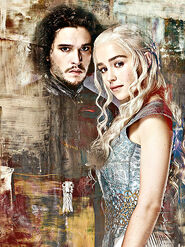